My wife and I visited our daughter in Colorado Springs, CO over labor day weekend.  Knowing that I’m a train buff, my wife and daughter surprised me with a trip on the scenic Royal Gorge Route train.   The Royal Gorge Route Railroad is a heritage railroad located in Cañon City, Colorado. The railroad transits the Royal Gorge on a 2-hour scenic and historic train ride along what is considered to be the most famed portion of the former Denver and Rio Grande Western Railroad. The 1950s-era train departs the Santa Fe Depot in Cañon City several times daily. 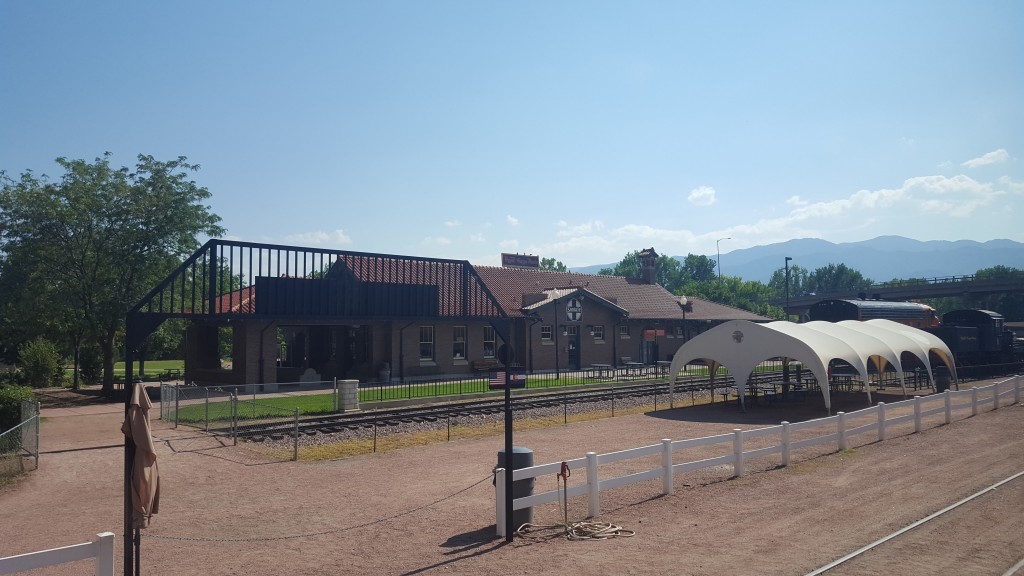 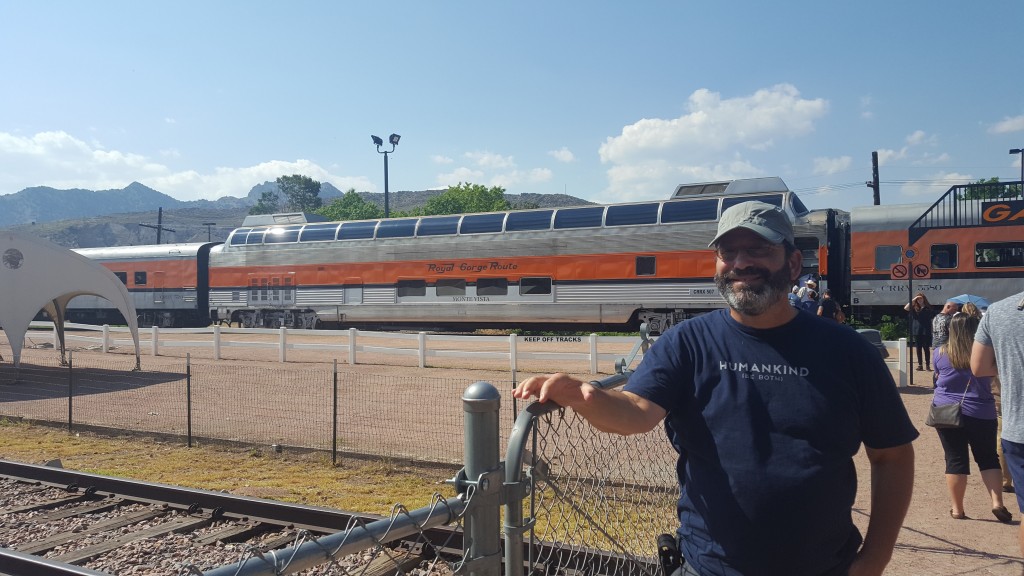 Larry at the Royal Gorge train station waiting to board.

For our ride we included an optional local beer-tasting flight, and we ordered some snacks made right in the kitchen on the train (all their food is proudly prepared on the train).  Wine and dinner rides are available as well as a murder mystery dinner ride. 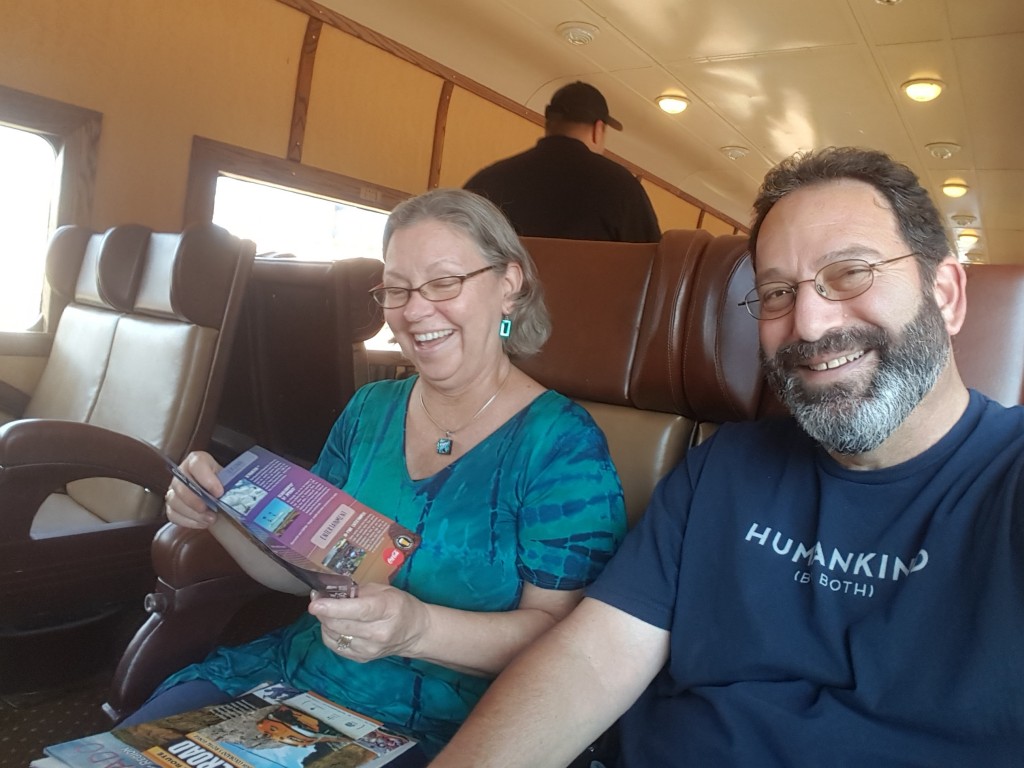 Larry and Joni in their comfortable seat in 1950’s era passenger car.

We spent much of the trip in their open-air car marveling at the cliffs and river rafters who waved at us – one even decided to ‘moon’ us, the point of which was lost on me…  We passed under the famous ‘bridge to nowhere’, built as a bet between two Texans and the cable car and zip-liners several hundred feet above us. 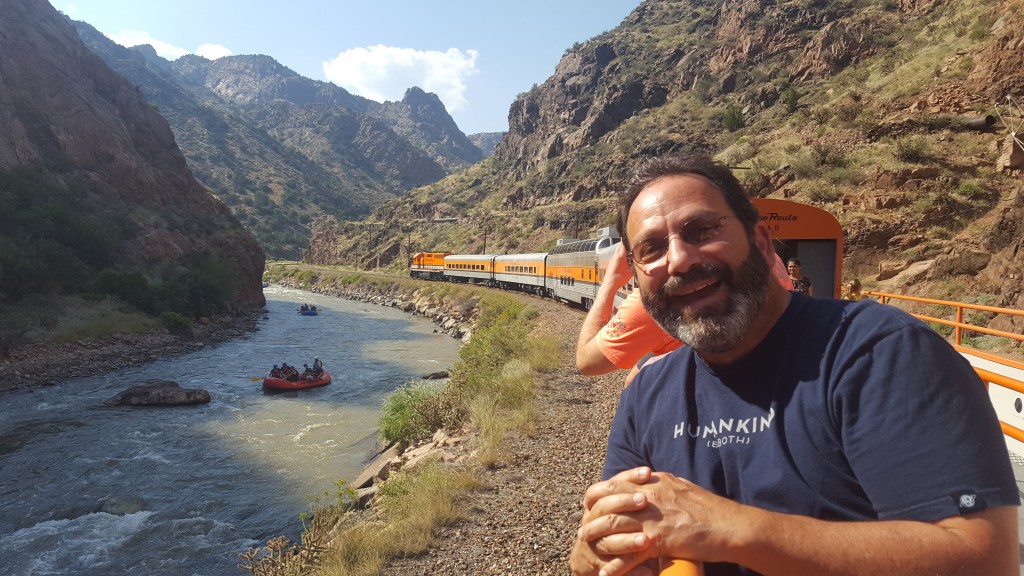 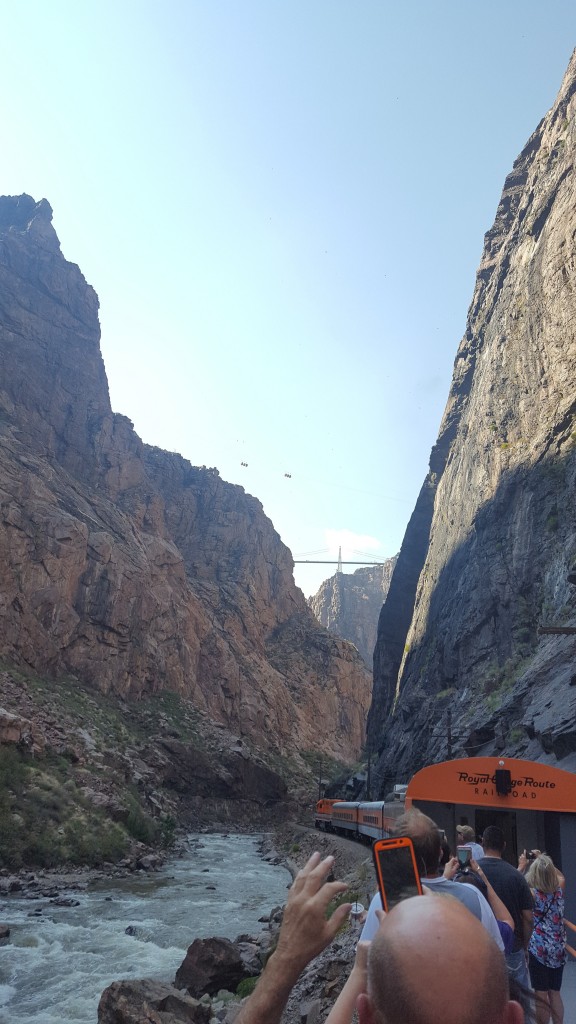 The Royal Gorge Bridge from train

Next time you are in Colorado, I highly recommend a ride on the Royal Gorge Route.  Along with the great scenery, good food and fun ride, the ride, food and souvenir coffee mug, beer glass and T-shirts I bought were reasonably priced 🙂