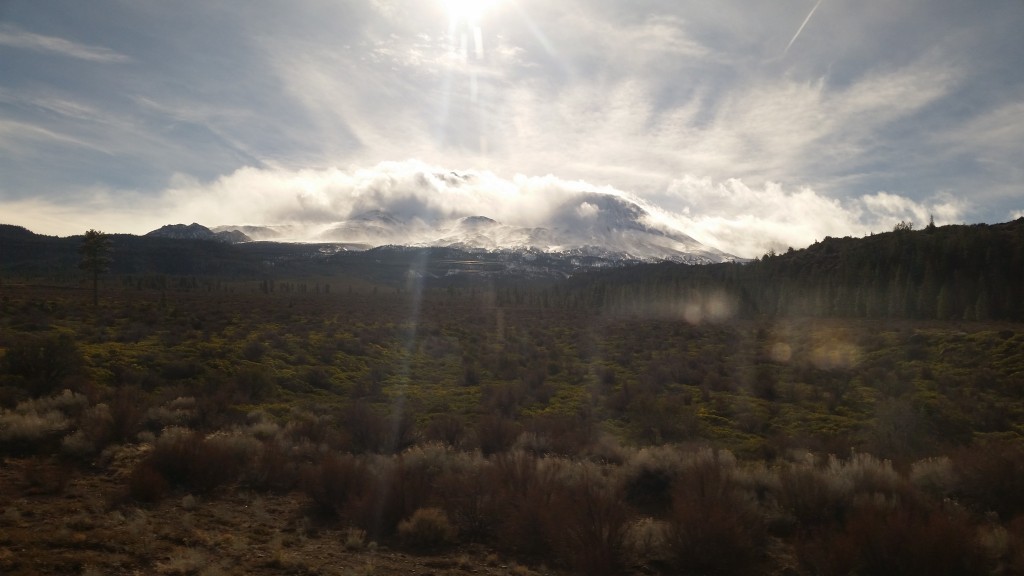 Mt. Shasta in the sunshine, peak covered in clouds

I recently took my favorite train ride, the Coast Starlight from Albany, OR to Salinas, CA (and bus to Monterey) and back.  I traveled alone, so instead of purchasing a roomette with my wife, I purchased a coach seat for the round-trip.  This is the first trip I’ve taken that had ‘business class’ car on the train, which turned out to be an almost empty, quiet and clean standard passenger car positioned between the observation car and the diner car.

The trip southward was actually ahead of schedule at many of the stops, allowing for longer fresh air breaks.  I slept on one of the semi-circular couches in the observation car with my earplugs, eyeshade and blow-up pillows.  The conductor woke me at 7:30am.  I made some french-press Sumatra dark roast with hot water from the snack bar and had breakfast in the diner.  It was a quite pleasant on-time trip.

Now for the benefits of running late…

For the trip home, the Starlight normally stops in Salinas about 6:45pm…  The train was running an hour late – first of all, that meant I could have dinner at Olivia’s!  Olivia’s is a small authentic  Mexican restaurant about a block from the station.  I left my bags with the station master and headed out for a Negra Modelo and a great Chile Relleno dinner – yumm!

The train picked us up at about 7:45pm and we were on our way.  For one reason or another the train lost more time during the night so we were about 3 hours behind at sunrise.  I wasn’t in any rush and this mean’t I’d get to see Northern California in the daylight! 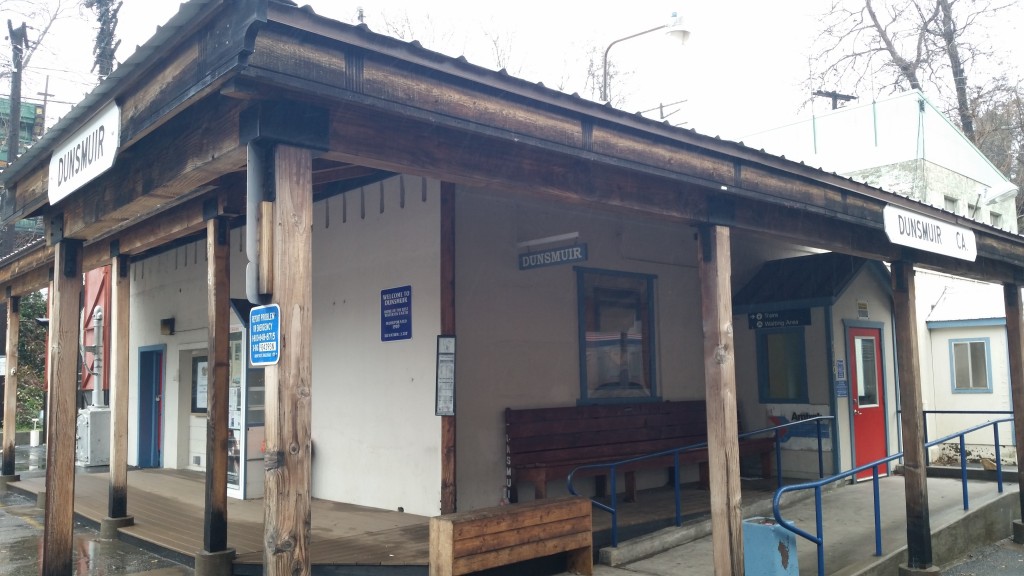 We usually hit Dunsmuir and Shasta in the dark, but on this trip we got to see the rivers, mountains, lakes and landscapes in the light – it was magnificent. 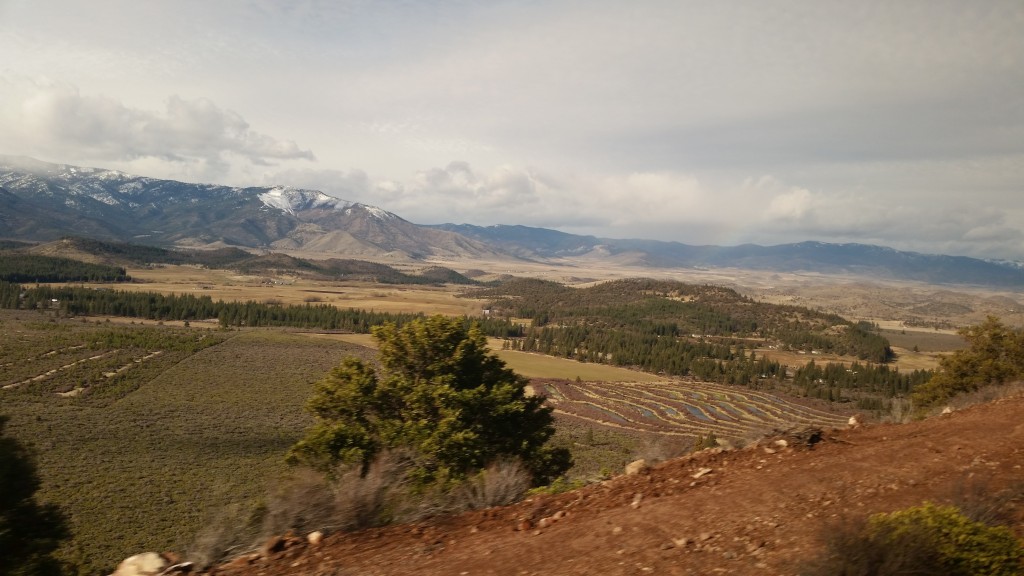 I had breakfast in the diner with three new friends, discussing trains and politics, while enjoying the astounding views. 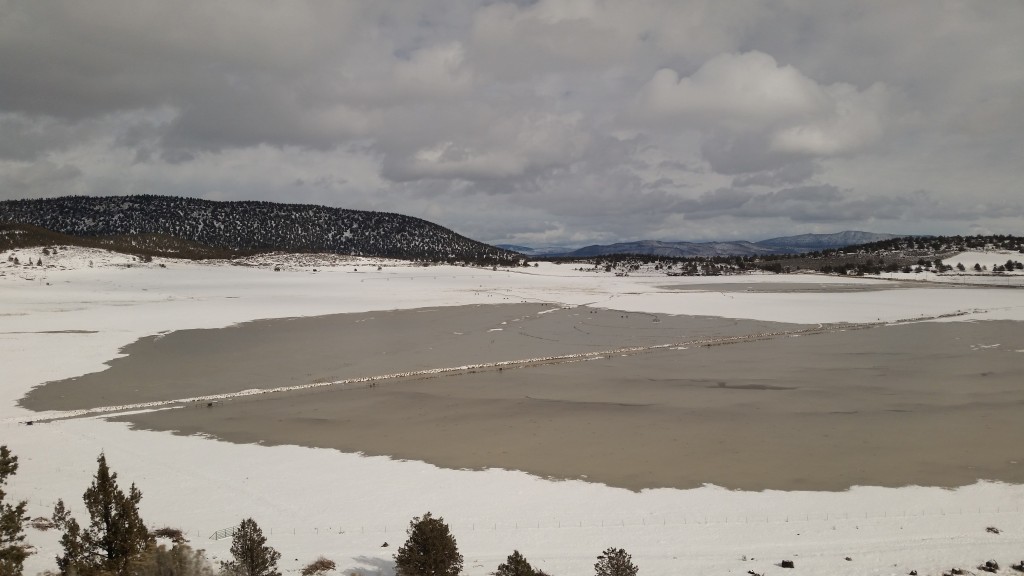 We pulled into Albany a couple of hours late, but I really enjoyed the scenery we would have otherwise missed in the dark –