The Amtrak Coast Starlight between Albany, OR and Monterey, CA is a delightful and scenic rail journey.  You travel through beautiful country, boarding and disembarking from the train at reasonable daylight hours.  You spend an overnight on the train – my wife and I booked a ‘roomette’ for this trip.  The route follows highway 99E to Eugene OR, before heading east through Oakridge and roughly paralleling Hwy 58 to the central Oregon town of Chemalt.  The train route was laid out in the 1920’s and is extremely scenic.  You then follow Highway 97 through Klamath Falls, passing the beautiful and bird-filled Klamath lakes before crossing the border into California.  Around midnight the train stops in Sacramento, then Davis and then on to points south such as the S.F. bus connection in Emeryville.  We then head down the south Bay through the salt drying ponds of Morton Salt, the Elkhorn Slough National Estuarine Research Reserve near Moss Landing and in to Salinas to meet the bus for Monterey. 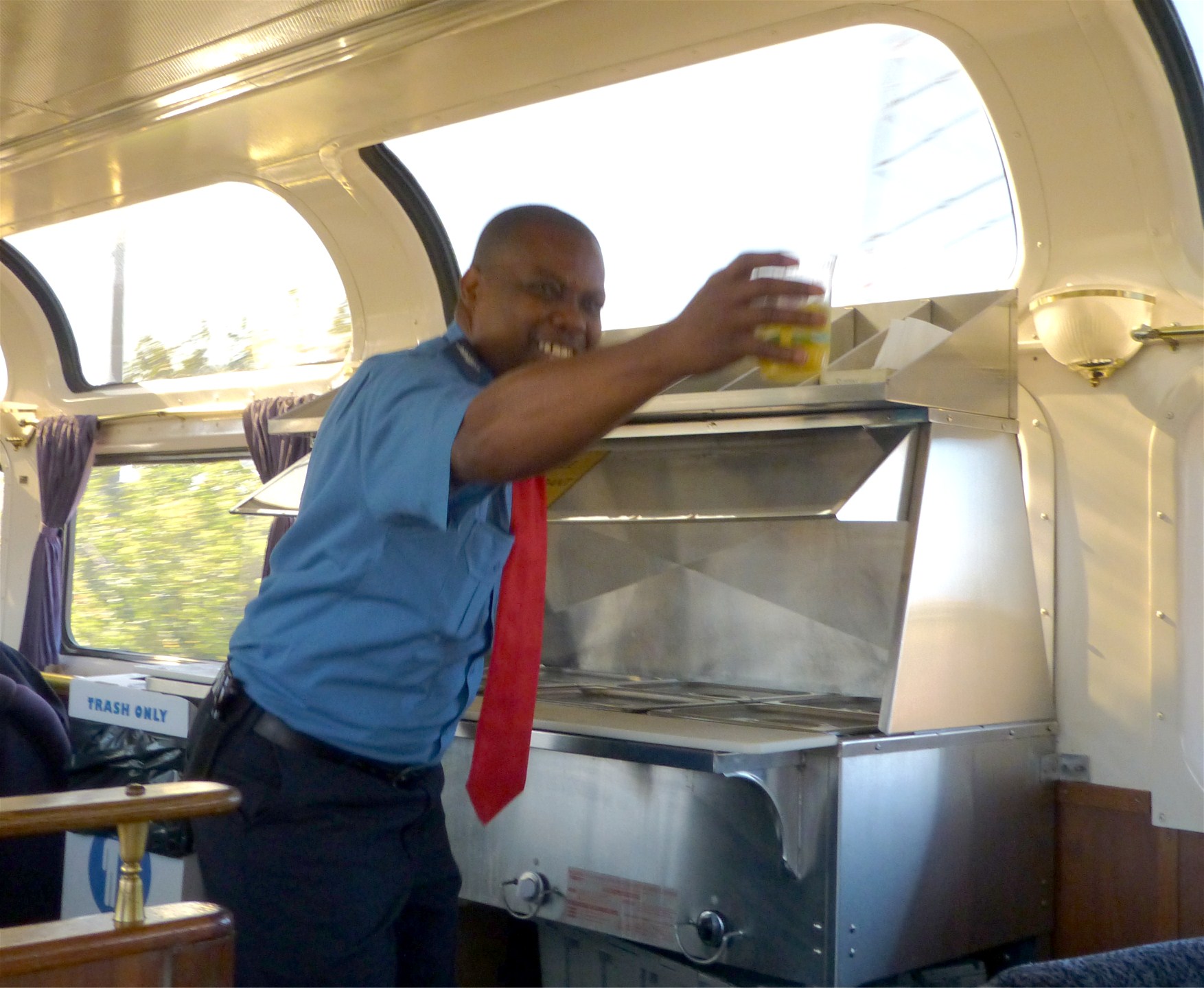 Sleeper Attendent Chris on the Coast Starlight, delivering a drink in the Parlour car.

Review of the trip – (overall, we really enjoyed it!):

1. Chris, our sleeping car attendant (and Rene on the trip back) were great.
2. The food was decent and the wine was surprisingly good (especially the 2009 Genesis Syrah in the Parlour car)
3. The trip was very rough at times, making it difficult to walk through cars and between cars – and, surprisingly, not just in the mountains!
4. The sleeping car behind the Parlour car was very smelly, and there was nothing the attendant could do about it.
5. The tracks at the San Jose station were covered in trash!
6. The train had to stop for a variety of freight and signal-related issues that made us late both directions, but by less than a couple of hours.